In the late 1930s, two brothers—Harold (“Hal”) and Everett Leonard Edstrom—met Roger Busdicker at Winona State Teacher’s College where they were all studying music. They formed a dance group which quickly became popular.

Worried that their conservative father would not approve of the use of their last name for a band, the brothers combined their first names to create the Hal Leonard Orchestra instead. After much success, even making the cover of Billboard magazine, World War II broke out and broke the band.

Hal’s band won a national marching band competition that used one of their arrangements of a popular song. This was unusual in a time when most bands played standard marches, not radio pop tunes. Hal started getting requests from other bands for more arrangements and the three friends soon realized they should consider getting into the publishing industry.

The rest, as they say, is history.

Officially founded in 1947, Hal Leonard now represents the most popular music of all time, including Disney, The Beatles, Adele, Taylor Swift, Elton John, Rush, Rodgers and Hammerstein, Andrew Lloyd Webber and thousands more. They remain the leader in music education, with Hal Leonard methods available for everything from guitar and piano to Chinese pipa and bagpipes! Their Essential Elements methods for band and orchestra have taught millions of students. Today, their catalog includes over a million items available in print and digital format.

In 1970, Milwaukee native Keith Mardak and associates partnered with the founders of Hal Leonard to start a new business in Milwaukee, eventually becoming the company’s global headquarters. Under Keith’s leadership, the company became the largest music publisher in the world.

The company has over 700 employees with its administrative, production and distribution facilities still located in Winona, MN and additional offices in Boston, Austin and San Francisco, as well as overseas offices in Australia, Belgium, China, Germany, the Netherlands and India. , Italy, Switzerland and the United Kingdom.

Hal Leonard’s mission is to be the world’s leading provider of tools and resources for learning, teaching, creating and making music. Their vision is to enrich people’s lives by providing them with what they need to make music.

“From those humble beginnings of the founders breaking the mold bringing pop music into school bands, to current employees finding ways to help educators who suddenly needed to teach music remotely during the pandemic, to the growing and diversifying our offerings for print, digital and gear for all musicians and music stores, Hal Leonard is proud to spread the joy of making music around the world,” said Larry Morton, General manager. “That’s what we do and we love it!” 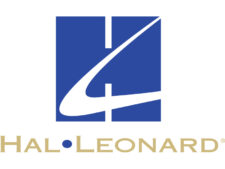